Our business model: payment by results.

The monetary value to your company is determined ahead of time, goals are established, and payment for results is agreed.

For six months, the client had been struggling to raise a Critical Success Factor (CSF) over a certain level. The client valued success as having a £60,000 annual recurring revenue (ARR). To prove that one month was not a fluke, they needed three consecutive months at or above target.

We settled on a 15% charge (£9,000) payable in three equal monthly instalments. The goal was met in the first month, and it was maintained for more than three years.

We approached a supplier where, as a client, to us there was obvious potential for higher revenue with little effort. The proposal was to agree on a predicted 'no action' forward trend, assume a 20% profit margin, and invoice at 15% of the additional net profit. This would result in our invoice of 3% of their gross additional turnover. 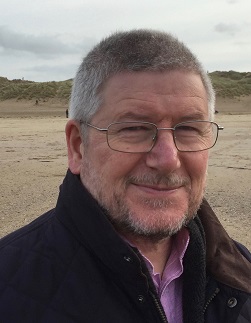 I have been a research chemist, secondary school teacher, bank officer, Works Chemist in a factory, software developer and managed a virtual team scattered around the globe. I have been a life-long learner: in 2019 I completed a series of courses leading to an internationally recognised Service Management qualification.

Failure has been a constant companion too: it means I have striven for ‘stretch goals’ rather than been complacent. It’s also made me more resilient to knocks that inevitably came along. I was in the school Cross Country team, but never in the first six over the line. I got a lower second bachelor’s degree, but still got postgraduate funding. I have three adult children I am proud of, all with better grade first degrees than mine, but I can still tease them that my Master’s degree out-trumps theirs.

I have also had the last laugh at the teacher who told my parents “Robert is too slow to pass a stationary bus.”

B.Sc. and M.Phil. degrees in chemistry from the University of Sussex, England.